Lex actually was the first dog that I had. Technically he didn't start out that way. I procured him for my landlady, Lorna. Lorna was in her 80's and her German Shepherd, Hans had died. She was interested in getting an Akita. Lex was half Akita/half Malamute (or Siberian Husky).

Lex was the last pup in a litter that an elderly woman had. I suspect that she was planning on keeping him before she ended up needing to go into a nursing home. The person who brought me Lex said that the woman want me to brush him every night and rock him to sleep in my arms.

I persuaded my landlady to let me take Lex with me when I moved. She would be moving into a new house with her daughter and son-in-law. Lorna wasn't enthusiastic to let me have Lex, but she didn't stop me either. Actually, her daughter made her get rid of all of her cats after she moved in with them. After that, Lorna's mental status decreased. I think it was in part because of her having to get rid of her pets.

Lex was always a whiner. If he didn't have anything to whine about, he would whine about the lack of whinable material. I actually got Misha Meepenstein because I thought that if Lex had company, he'd whine less. I was wrong.

Lex had a thing for the lady dogs. When we were in agility class, Lex saw a female Cocker Spaniel working on the other side of the room. Lex was supposed to run down the room and leap over every hurdle and then return to me. Instead he ran through every hurdle, knocking them down, on the way to see the spaniel. 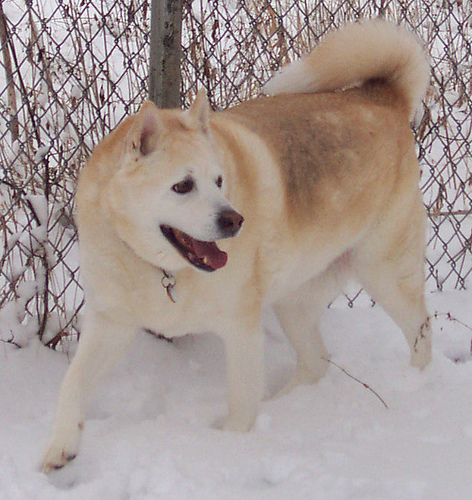 Lex was more standoffish than the other members of our pack. I think that was the cause of why the other dogs didn't play with him. Although Rooie never gave up. 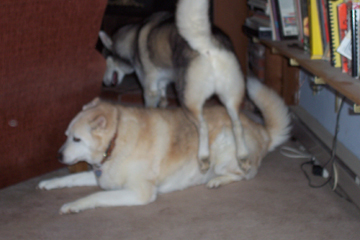 Lex and I took our final ride together to the vet on July 3rd. As we were driving, a rainbow was visible for most of the drive. 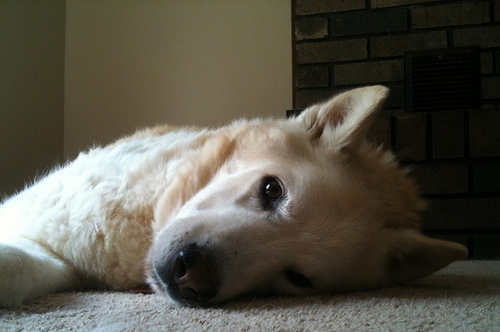 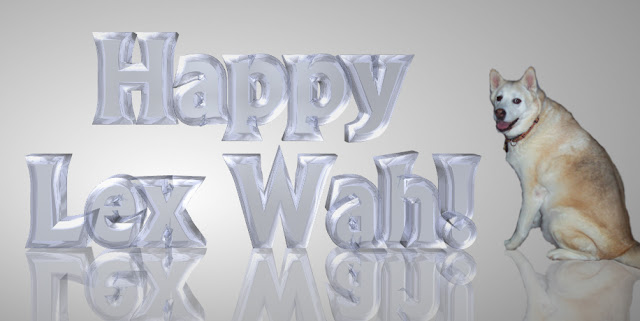 When you nap, you can't hear frogs. 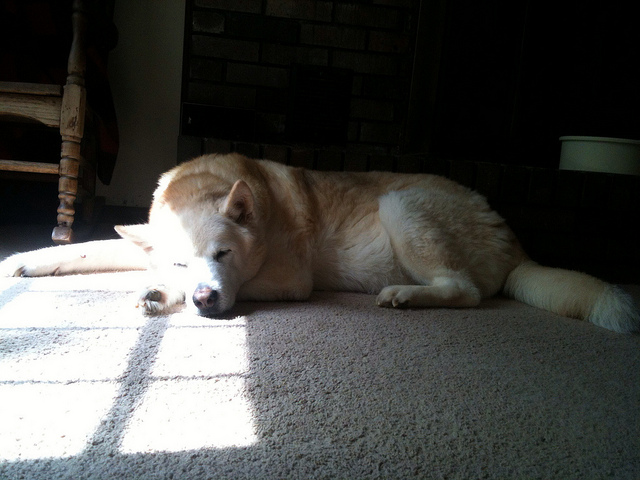 MY Human (not Turbo's) just uploaded a bunch of pictures of us. So far, more people have looked at mine than any of Turbo's! 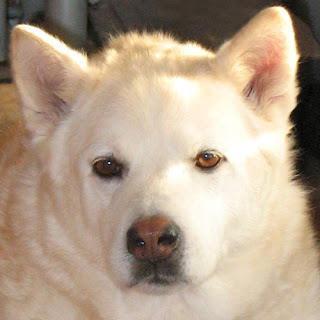 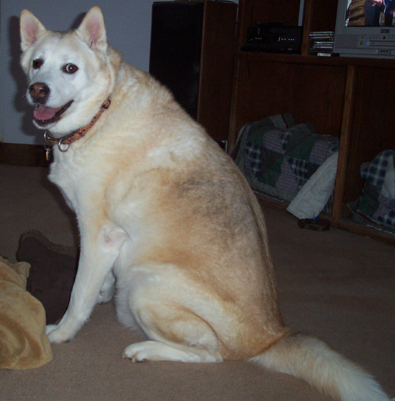 I still hate Spring! Those frogs and cows are still making too much noise. And I still don't like Turbo!

But I decided that I should update my blog. Do you like my background? You can find it and other backgrounds at the blogger site. You can read all about it at this blog I'm linking to here.
at 1:09 PM 4 comments: 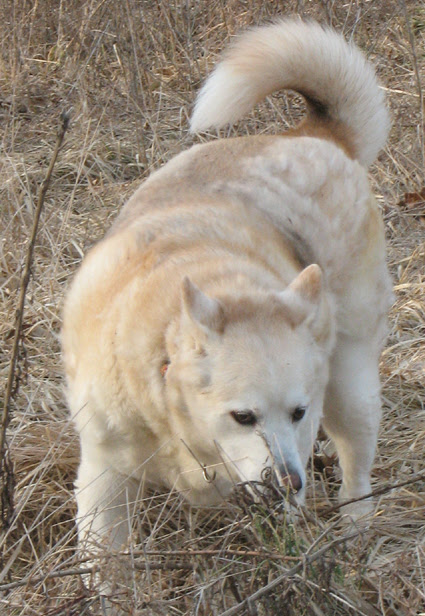 I caught another opossum last night. We got to go outside around 3am and there was an opossum hanging around in my area. So I grabbed it. MY human wouldn't let me bring it inside, however. She picked it up with a towel and dropped it over the fence. I figured that since I couldn't play with my new pet, I might as well go back inside to sleep. 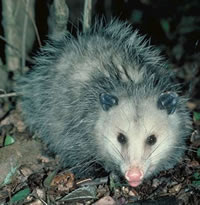